FFA Cup action returned to Pluim Park on Thursday night, as 2018’s BPL Grand Finalists Berkeley Vale took on the Holroyd Rangers from the Granville Football Association. The Wombats were looking to emulate the success achieved by Woongarrah a few nights ago however found themselves under some early pressure, as the Holroyd side started brightly. Unfortunately for Holroyd they were unable to convert their early pressure into a goal as Berkeley Vale began to grow into the game.

Berkeley Vale had the ball in the back of the net twice inside 20 minutes, however both were ruled out for offside. In the 27th minute Berkeley’s number 10 Michael Tawyer picked up the ball on the right-hand side of the pitch, gliding past three Holroyd defenders and letting fly with a curling left footed finish, only to be denied by the far upright. It seemed only a matter of time before Berkeley were to break the deadlock, and the breakthrough came in the 37th minute after some great work down the right-hand side by Troy Mumford. Mumford sent his defender to ground with a clever turn before squaring the ball to Tawyer on the penalty spot for a neat finish to open the scoring, a just reward for the Wombats growing dominance. 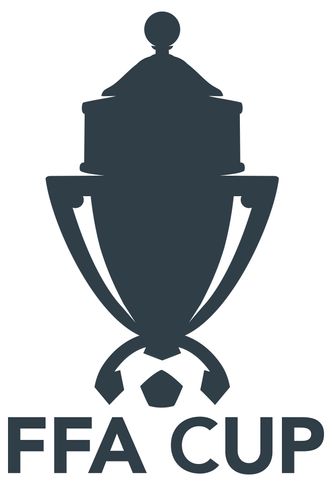 The teams went into the sheds at 1-0, with the game certainly still in the balance, however this time it was Berkeley Vale who came flying out of the gates for the second half as they looked to bag a few goals and kill the tie off. After subjecting Holroyd to consistent pressure in the early stages of the second half, Berkeley’s first big chance arrived in the 53rd minute courtesy of a Troy Mumford free kick which was spectacularly tipped over the bar by Rangers keeper Elias Habib. Only minutes later, Berkeley’s centre back Damien Lobb found himself with a great chance in the Holroyd penalty area after linking up brilliantly with Tawyer down the right flank, however he scuffed his shot as it fell harmlessly for Habib. It was beginning to seem inevitable that Berkeley were to extend their lead and that was the case in the 58th minute as Rangers keeper Habib was unable to handle a looping Berkeley corner, as he punched into his own net to gift the Wombats their second of the night. Almost immediately following the restart Berkeley’s Tawyer picked up the ball in his own half and left 5 Rangers defenders in his wake before cutting the ball back to Mumford for what seemed the easiest chance of the night, however the striker was unable to convert as he grazed the crossbar, well and truly spurning the opportunity to finish off the tie.

Just as the game was looking to peter out, Holroyd managed to jag a goal against the run of play courtesy of a clever finish from midfielder Marcus Karla in the 80th minute. Christo Hanna delivered a looping free kick into the penalty area, with Karla the quickest to react as he swept the ball into the net on the half volley from all of 8 yards. The goal was sure to inject some urgency into the remaining 10 minutes as Holroyd went on the hunt for a 2nd goal, and they had a great chance to do just that in the 85th minute as the ball fell to Tareq Abdrabo after some clever work from Marcus Karla on the edge of the area, however Abdrabo was unable to convert as a deflection sent the ball looping onto the roof of the net.

That was to be the last chance of the match as the referee blew full time on Holroyd’s 2019 FFA Cup journey, with Berkeley Vale moving onto the Third Round where they face an away trip to Blacktown and District Football Associations Marayong FC.