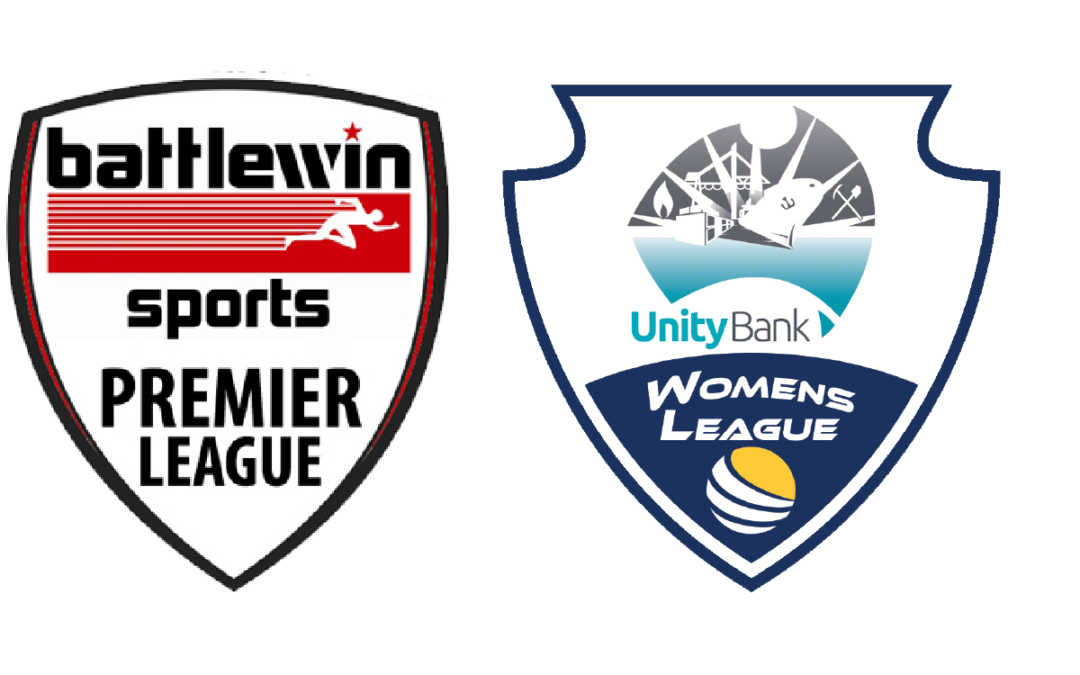 Minor Semi-Final between 3rd place Berkeley Vale and 4th place The Entrance took place this past Wednesday night at Pluim Park. These two teams would go into battle for the third time this year, The Entrance would win in the first match 1-0 while Berkeley took the second game 2-0 in two very closely fought matches. The Entrance came out the better of the two teams looking to take an early lead against their opposition. Despite having more ball and possession, The Entrance did not create many clear-cut chances as the Berkeley Vale backline, who conceded the least amount of goals this year in BPL first grade stood strong. Berkeley looked to isolate The Entrance defence with their fast wingers on either side who gave The Entrance full backs problems with their quickness on the counterattack. The main chances of the first half would come from corners for both sides who looked very dangerous but were unable to find the back of the net. The score remained 0-0 heading into halftime after a very closely contested 45 minutes. Berkeley Vale looked to dominate in the midfield brining on substitute Reece Caira at the start of the second half. In a very back and forth game neither defence could be broken down. Another Berkeley Vale substitution introduced Troy Mumford into the game would look the settle things for the Berkeley Vale squad and give them a lot more going forward but were unable to capitalize on any chances created. Entrance coach Matt Page was very unlucky not to give his side the lead very late in the game as his shot in the 88th minute hit the crossbar. Once again, the main chances would come from either set pieces or corners for both sides as Berkeley Defender Damien Lobb unlucky not to give his side the lead with a header. Berkeley goalkeeper Jake Purches was phenomenal in goals for his side throughout the first 90 minutes. The final whistle sounded as the game was still scoreless and would now enter extra time. The Entrance started the first period of extra time well as striker Matt Kenny hit the post with his effort early on and Josh Swadling was unable to follow up with his effort going well over the goals. Another golden chance for The Entrance occurred when Zac Anastas played a brilliant cross for Bailey Garland who had an open back stick header that he somehow was unable to finish on. The fresh legs of Reece Caira and Troy Mumford would get Berkeley back under control as they would create good link up play and look very dangerous whenever going forward. In a very even match between two great teams, 120 minutes of play could not split them as they headed for a penalty shootout to decide the winner. The Entrance won the toss and elected to shoot first with captain Nathan Blunden stepping up for his side as he coolly placed the ball in the bottom left corner beating Jake Purches who guessed the right way but was unable to stop the shot. First up for Berkeley was Mick Dalton who put his side level after sending The Entrance goalie Brad Sheen the wrong way. Bailey Garland was up next for The Entrance as he rocketed his shot into the bottom right hand corner to beat Jake Purches who once again guess the right way. Jayden Laugwitz’s walked up next to take his penalty in which he wrong footed the goalie and sent him the opposite way as he levelled the score once again. Next up was Josh Swadling as the Entrance player looked to regain the lead for his side but his efforts where saved by Jake Purches who this time got his hand to the ball to make a tremendous save. That save meant Troy Mumford would be able to give his side the advantage as he was next up for Berkeley Vale as he delivered from the spot for his side. All the pressure was put on The Entrance now as a miss would almost guarantee a Berkeley Vale win, Entrance Defender Adam Blunden stood up to take the penalty for his side as he delivered a perfectly placed Panenka style penalty which found the back of the net that gave Berkeley goalie not much hope in saving. Reece Caira took Berkeley Vales next penalty which he was able to deliver into the back of the net. Entrance’s Matt Kenny was next as he sent Jake the opposite way and placed the ball into the goal. All the pressure was now on Berkeley Vale captain Alex Burrell who if he scored would win the game for his team and send them onto the next round and he did so with a well-placed penalty that secured the win. The Entrance were eliminated from finals as Berkeley will now face Terrigal with the winner meeting Killarney in the Grand Final.

The two best BPL teams met on Wednesday night’s Major Semi-Final in a highly anticipated fixture to see who would progress to the Grand Final at Central Coast Stadium. 1st place Killarney and 2nd place Terrigal both knew coming into the matchup that it would be a very close contested match. When the two sides faced earlier in the year it, Terrigal would be the one who come out victorious handing Killarney District a 2-1 loss that would go down as their only loss of the season. Since that round 2 fixture, Killarney only dropped points on two occasions with draws to Berkeley Vale and East Gosford. Terrigal looked like the team to beat after getting a win over the reigning premiers and remained unbeaten with 4 games left of the year but losses to Berkeley Vale and The Entrance saw them finish in 2nd place for the 3rd year in a row. Having got a win over their opposition, Terrigal started the better of the two sides in the opening 25 minutes of the game. Terrigal should have taken the lead through Conor Wilkinson when he was put through 1 on 1 with Killarney goalkeeper Declan Drake who made a fantastic save to keep his level. Moments later Conor had another great chance and was unlucky as his shot rattled the bar. Terrigal also had an appeal for a penalty in the first half but that was turned away from the official in charge. Killarney slowly got into the game creating a few chances themselves which were denied by a strong Terrigal defence. The scores would remain level after a very close contested opening 45 minutes. The next 45 minutes would see much of the same as the two top teams would look to gain an advantage over their opposition with both teams playing a very fast paced, evenly poised match. With scores still level with just under 20 minutes to play, extra time looked like a big possibility until Killarney where handed a golden opportunity to take the lead as a penalty was awarded for the League Champions. Andy Klijn would be the one to step up as he converted the penalty to take Killarney 1-0 with just 15 minutes left to play. Andy Klijn would find himself on the scoresheet once again 5 minutes later after a goal line clearance hit the Killarney midfielder and went into the back of the net. despite being down 2-0, Terrigal were very unlucky not to find themselves on the scoresheet after hitting the woodwork twice in the final minutes. The tightly contested match-up ended 2-0 as Killarney secure their spot in the Grand Final along with their Reserve Grade and U21’s who also won their Major Semi Finals. That loss for Terrigal now continues their losing streak in finals as they have not won and final games in the last 3 years. They will looks to turn things around as the face Berkeley Vale this weekend in a do or die match.

The two best teams in WPL faced each other in the Major Semi Final at Pluim Park Wednesday night. League Champions Gosford entered the game coming off their only loss of the season as they went down to Kanwal 2-1 on the last round of the year. Umina finished their year off strong as they took on Terrigal in the last round and beat them 3-0. Coming into the game Gosford held 2 wins over Umina this year, which were Umina’s only two losses of the season as they went down 4-1 and 2-0. Umina knew they had to take the action to Gosford, as they started the game with plenty of energy and came out firing, making a lot of space that was heavily influenced by Umina’s off the ball movement and width down the flanks. Umina’s first goal of the game came from a Freyja Murray outside of the foot pass which found Hannah Batten open on the left who made a great diving run resulting in a shot that travelled over the Gosford Goalie and gave Umina an early 1-0 lead. Umina continued to press high on Gosford’s defence and were very unfortunate not to take the lead to 2 after Gemma Crowson hit the crossbar with her shot from 8 yards out. League Champions Gosford started to get themselves back into the match as they look to take control of possession and the opposition. Gosford had success knocking the ball around and started to create numerous chances to try and get them back into the game and take them level. Umina goalkeeper Sam Fulwood was under a lot of pressure as she faced plenty of shots in the last 15 minutes of the first half.  Just before half time Gosford’s attacking chances would pay off as Jessica Dominello found herself free after a Umina lapse in defence and was able to slot the ball in the goal to take the score level into half time at 1-1. The 2nd half was played out a lot more evenly in a very back and forth half. Gosford would control the game a bit more and force Umina’s Sam Fullwood to once again make save after save with multiple Gosford chances that could have seen them take the lead. Through great build up play from Umina’s backline, Freyja Murray once again was able to play the pass into Kate Styles who found herself 1 on 1 with Gosford’s goalie and was able to finish her chance taking her side Umina back into the lead. Gosford continued to push in search for an equaliser, bombing on every chance that they got but were unable to capitalise on any chances as Umina’s defence held on for their team as the final whistle blew and sent Umina into the Grand Final after a 2-1 over the League Champions. Gosford will now face Kanwal this weekend as both sides try to book their place at Central Coast Stadium in the Grand Final.