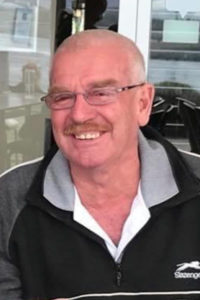 It is with great sadness to announce the sudden passing of Ron Davis (9/1/53 to 30/3/20) who was a life member of Central Coast Women’s Soccer Association and Ocean Beach Women’s Soccer Club.

Ron assisted in the formation of the first women’s only soccer club, Ocean Beach Women’s Soccer Club in 1979, where he coach first grade from 1979 to 1997. Ron was a member of Ocean Beach for 22 years, coaching to 9 grand finals and 5 league champions also spending 2 years as club President.

Ron played a major role in developing and mentoring women’s football on the Central Coast.

Ron will be deeply missed by wife, Sue, family and friends and his family will arrange a memorial to honour his life and contribution to Central Coast football once it is safe to do so.