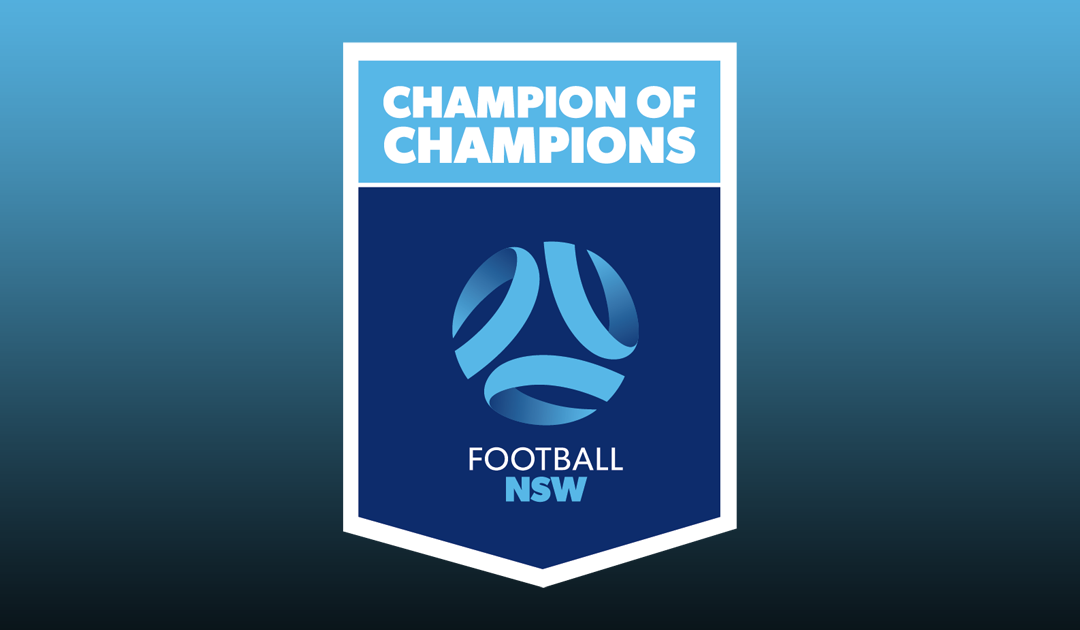 The 2019 ‘Champion of Champions’ competition returned over the weekend as six of our Central Coast sides competed in the knock-out tournaments semi-final stage. In an added bonus, all six of our sides were given the right to host their semi-final fixtures as Pluim Park played host to six semi-final clashes on Sunday afternoon.

The action got underway at 9am on Sunday morning with Terrigal United’s U12 side hosting the Kellyville Kolts on Pluim Park Two and Avoca’s W14 side going up against the Gladesville Sharks on Pluim Park One. Unfortunately for Terrigal they were to suffer a narrow defeat, going down 1-0. Avoca, on the other hand, continued their impressive run in the competition as they became the first Central Coast side to qualify for a place in this weekend’s final, running out 1-0 victors.

Looking to continue on from Avoca’s positive result on Pluim One, Southern and Ettalong United’s M18 side kicked off their semi-final with Glenmore Park FC at 10:15am. Unfortunately the Lions were unable to secure a spot in the tournaments decider, going down 3-1 to the Nepean based side. On Pluim Two, Berkeley Vale’s U13 side also kicked-off their semi-final clash with Auburn FC at 10:15am. Similarly to Southern, the Wombats were to fall just short of a final berth, suffering a narrow 2-1 defeat to put an end to their phenomenal season.

The final two matches of Sunday’s semi-final clashes at Pluim Park saw Southern and Ettalong United in action once again, with their O35 side facing off with Springwood United on Pluim Park Two before their Central Coast Unity Bank WL side entertained Manly Vale FC on Pluim Park One. Ultimately, both managed to secure gutsy 1-0 victories to book their spots in Sunday’s final at Valentine Sports Park and ensure that the Central Coast region will be represented by three sides on the big day.

The fixtures for Sunday’s ‘Champion of Champions’ Finals involving our three Central Coast sides are listed below: